When personalised service of the highest quality is the cornerstone of your brand, availability is critical. For discreet London-based bookmakers, Fitzdares, every element of their infrastructure needed to be secure, integrated, fast and unfailing. To do this affordably, they needed to migrate to the cloud. 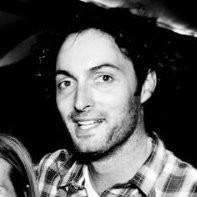 Having had one failed attempt with another company to migrate our systems to an external infrastructure there was some trepidation about approaching another. We need not have worried. From the get-go The Scale Factory were professional and reassuring, most importantly they delivered exactly what they said they would in the timeframe and budget specified.

Since the new infrastructure has been in place our developers have been freed up to code and not worry about devops issues. Deployments are faster, more efficient and our applications run consistently better than before.

Fitzdares is an exclusive bookmakers with a clientele of high net worth clients. In 2012, they were hosting their betting platform on-site, but wanted to move to the cloud. They needed to improve availability, especially during big sporting events when demand was high. And they wanted to eliminate any single points of failure. The company still needed some of their applications to be hosted on their premises though, and any traffic between their cloud host and their on-premise network needed to be secure.

Fitzdares approached us following an unsuccessful first attempt at migrating to the cloud with another cloud migration consultancy. We designed a secure VPN between their offices and the cloud host, and used automation tooling and other DevOps best practices to support a more efficient development and deployment pipeline.

The new infrastructure gave the company the availability and security they needed, but was hindered by their cloud host’s bandwidth limits at peak times. Following a move to another hosting provider where they experienced similar issues, Fitzdares decided to move to Amazon Web Services (AWS). This would give them the flexibility they needed to meet these spikes in demand. We then led the integration of their on-premise and private cloud networks with their new systems in AWS.

We still support the Fitzdares team and maintain their platform, which uses the ReadyScale platform design. When their CTO and lead developer left in 2016, we provided operational continuity, ensuring no knowledge was lost.

Designed for high availability, Fitzdares’ platform also supports DevOps best practice and has made the development and deployment process far smoother. Outages are no longer a concern for the company, and all three of their networks are securely integrated.

Talk to us now on